Many Pay TV operators rely on visual marks or “HashCodes” to fingerprint their content so they can trace piracy leaks to the source. But Irdeto investigations have found tools that help pirates remove these marks are openly on sale for less than $2,000. So, what’s the alternative?

Different security vendors use numbers, letters, logos, dots or dashes, but the marks typically identify a unique ID from the viewer’s smart card so the source subscriber account behind a pirated feed can be rapidly identified and deactivated. The marks are deliberately made visible (albeit faintly) on screen so they persist even when pirates use screen-capture for online redistribution.

Now you see it…now you don’t
But online piracy is now a multi-million-dollar business which has, perhaps inevitably, encouraged development of technology to circumvent fingerprint security. So-called “HashCode removal tools” work in near real-time to strip away any kind of visual marks from a video feed. This ranges from unique fingerprints right down to the broadcaster’s on-screen logo that’s so familiar on many channels, both helping pirates to cover their tracks.

These tools are so smart, they take a sample of the surrounding pixels and re-use them to replace the visual marks, so the viewer of the pirate stream barely notices any disturbance in the picture.

Our work with leading pay TV operators globally has revealed a sharp rise in the use of these tools in recent months. That comes as little surprise when you realize just how readily available they are: research by Irdeto’s anti-piracy team found HashCode removal tools openly on sale via popular selling platforms like eBay and Alibaba for less than US$2,000. 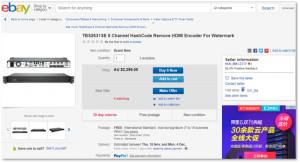 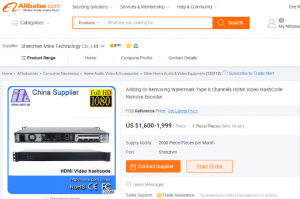 The companies that manufacture the devices also promote their wares widely: 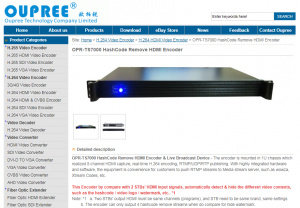 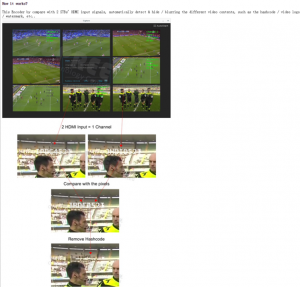 These devices fall into a legal grey-area. They don’t actively ENABLE piracy, but they do help pirates to mask their identity. This means the sellers don’t even need to be shy about describing exactly what their products can achieve.

An undercover mission
So what can pay TV operators do? The only real solution is to go undercover – switching from visual marks to covert watermarking. A unique User ID is still inserted into the stream and persists through different screen-capture and transformation techniques, but because the pirates can’t see the watermarks, they have a hard time obscuring them.

Most film and TV studios already mandate covert watermarking for their high-value content and we’re seeing an increase in sports rights holders adding it as a requirement to new licensing deals.

Pirates are resourceful and constantly innovating. Covert watermarking combined with expert piracy detection and enforcement is a great way for operators to stay one step ahead.