For the first time, CABSAT introduced a B2B eSports component to the conference. There is no doubt that the eSport industry is booming, with experts predicting it will be worth as much as $USD2.5 billion by 2020.

Esports has grown from single player games to multiplayer live competitions with global audiences, and predictions are showing it could grow to have the equivalent broadcast potential as live sports. Although, as the industry continues to grow, the associated intellectual property issues become more complex, and the prospects from cracking, pirating and cheating becomes more enticing.  In 2017 alone, Denuvo by Irdeto found more than 2.3 billion gaming credentials were stolen. Hacker sees a gamer’s account simply as profit. They cost publisher platforms and end-users significant sums in lost money and virtual goods while increasing their own bank accounts.

Typically, hackers are looking for easy targets to exploit. Game publishers who do not take security seriously by only implementing the most basic security will be the easiest targets.  Click here to learn more.

Piracy is a global epidemic, and it was clear during the conference that this is still a hot topic for the industry.

Consumer demand is increasing for over-the-top (OTT) offerings and Internet TV services. However, there is a growing threat facing pay media operators and content rights holders. 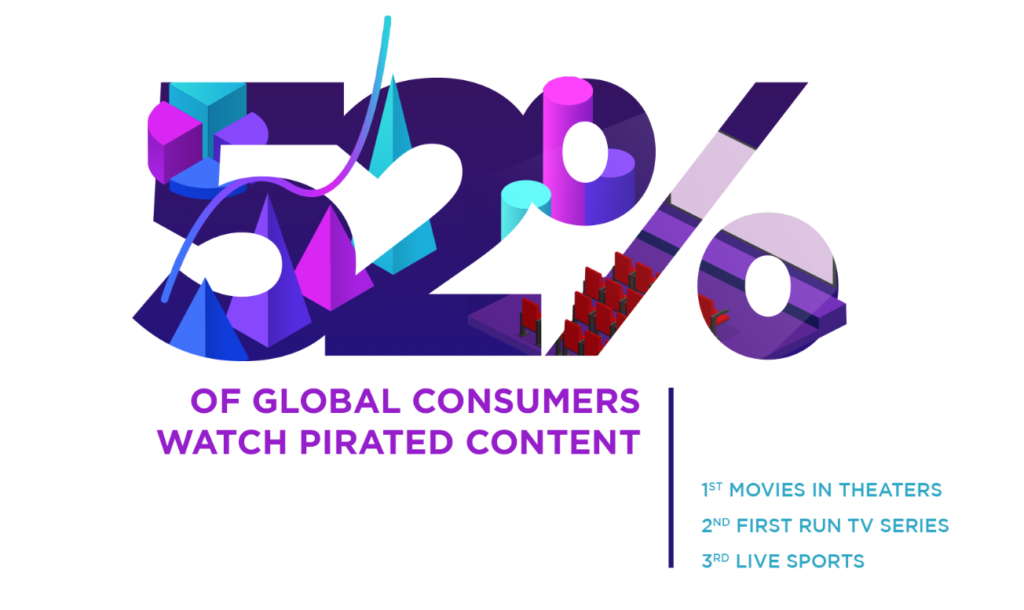 Pirates study the market, including legal solutions and services from reputable content providers, to determine how they should position their offerings to their consumers. These strategies have transformed pirate businesses from a nuisance, into a global epidemic that plagues the content creation business.

Android TV is a game changer for the legitimate industry. Many operators have struggled against increased competition from both broadcast and OTT service providers in recent years because of the constraints of proprietary middleware on set-top boxes (STB).

Offering numerous benefits, the open application platform gives the operator an edge in winning the battle over HDMI-1 in the home because it comes with Google’s enormous app store, offering customers choice and variety. However, this broadens the playing field for a user to access and stream pirated content via illicit streaming apps. With revenue loss estimated in the billions, these illicit streaming apps are not only hurting the service providers, but the content creators that produce the original programming are also hurt by pirate redistribution.

What is the solution?

The fight against piracy starts with understanding everything about pirate competitors. That includes gathering insights about the consumers who are fueling the piracy growth by buying illegal offerings and sharing copyrighted content online.

Irdeto is a Google GTVS licensee for Android TV and is focused on helping operators close the security gaps to reap the benefits of Android TV without risking the security of their devices, services, and data.

Irdeto App Watch is a service that monitors app usage on the Operator Tier of Android TV platforms. It identifies threats that exploit open platforms and provides operators with the ability to take actions against illegal activities.